What Are the Differences Between Laser Marking, Laser Engraving and Laser Etching 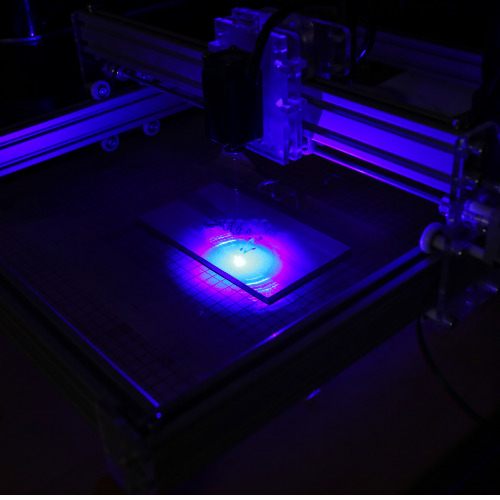 According to Permanent Marking:

Thanks to industrial and government regulations regarding clearly legible product and part identification, the processes of laser marking, laser etching and laser engraving are increasing in popularity.

All three of these laser services provide a permanent marking solution, fulfilling regulations and adding distinction to your products and parts.

But what sets them apart?

While the three techniques may seem similar, there are actually quite a few differences between them.

The differences between laser marking, laser engraving, and laser etching largely have to do with what each process does to the marking surface, including how deep the laser goes and how it changes the overall appearance.

Throughout this post, we will give you an overview of each of the processes and their applications to help you better determine which is right for your application.

The Main Differences Between Marking, Etching and Engraving
Although these terms are often used interchangeably, there are differences between laser marking, laser etching and laser engraving. Each type of process has its own applications and attributes that make it ideal for different jobs.

The Laser Marking Process
Laser marking is what happens when the beam interacts with the surface of a material, slightly altering its properties or appearance.

It is achieved by moving a low-powered beam slowly across the material using a method called discoloration, which creates high-contrast marks without disrupting the material.
Laser heats the material, causing oxidation under the surface and turning the material black.
It applies low temperatures to metal to anneal the surface.
All of this is done while leaving the surface intact.
Laser marking differs from laser engraving and laser etching in a number of ways:

It is less common and not all places offer these services.
It is also referred to as laser coloration or laser dark marking, as well as charring for plastic materials and annealing for metals.
There are four common types of laser marking: annealing, carbon migration, foaming and coloration.
It’s popular in the medical device industry for stainless steel and titanium parts, but can be performed on other materials as well.
A laser marker is ideal for bar codes, UID codes, QR codes, logos and other identification needs.
The Laser Engraving Process
Laser engraving is a process where the laser beam physically removes the surface of the material to expose a cavity that reveals an image at eye level.

The laser creates high heat during the engraving process, which essentially causes the material to vaporize.
It’s a quick process, as the material is vaporized with each pulse.
This creates a cavity in the surface that is noticeable to the eye and touch.
To form deeper marks with the laser engraver, repeat with several passes.
Although engraving is a subsection of laser marking, it still differs in many ways:

There are three types of laser engraving: etching, deep laser engraving and laser ablation (the difference between the three is what the surface is and how much you remove).
This is the most common option for people who want something personalized or customized.
Not ideal for marking safety critical parts.
Maximum engraving depth is 0.020″ in metals but can go as deep as 0.125″ in materials such as graphite.
This is the fastest way to mark with a laser.
It’s great for parts expected to experience high wear.
It’s typically used to engrave serial numbers and logos, among other things.
You can engrave on almost any kind of metal, plastic, wood, leather and glass surface.
Another important comparison to make is how laser engraving compares to traditional engraving:

It can be done on a number of materials.
It is more legible than traditional engraving for small objects such as jewelry.
It provides you with more font options.
There is a smaller chance of product damage or deformation.
Laser engraving machines are faster than traditional methods.
The Laser Etching Process
Laser etching, which is a subset of laser engraving, occurs when the heat from the beam causes the surface of the material to melt.

The laser beam uses high heat to melt the surface of the material.
The melted material expands and causes a raised mark.
Unlike with engraving, the depth in etching is typically no more than 0.001”.
The differences between laser etching, marking and engraving include:

Since a laser etcher changes the surface finish of metals, it alters its reflectivity and enhances contrast.
It removes 0.001″ or less of the material.
It can be done on bare, anodized or plated metal surfaces, as well as polymers and ceramics.
A Brief Overview of Lasers
Let’s take a step back now and explain what exactly a laser is and how it works.

“Laser” is actually an acronym that stands for Light Amplification by the Stimulated Emission of Radiation. Throughout the years, the laser has become one of the most powerful manufacturing tools a company can use.

In order to create a laser, you raise the energy level of the atoms to an excited state, which enables them to release light as they fall back to their original energy, or ground state.

But What is a Laser Doing?
If we look back at the second word in the acronym, amplification, we will gain a better understanding of what a laser does. Once this beam of light is created, it is amplified in some way to produce a focal point.

As the atoms begin to move, they create a weak light, and as more and more energy is added, the light waves become even more concentrated. Unlike with other types of light (such as a flashlight), the light rays of lasers all have the same wavelength and are coherent, which is what makes it such a powerful concentration of energy.

Who Uses Lasers?
The laser is one of the most versatile modern inventions. Lasers are used in almost every industry, including:

Automotive
Industrial & Tooling
Electronics
Medical
Military & Defense
Aerospace
Oil & Gas and much more
Each industry has its own uses for lasers. In the manufacturing industry, for example, lasers are used in a variety of everyday tasks, such as welding, cutting, cleaning, measuring, drilling and sensing, as well as marking, etching and engraving.

While there are other ways to mark materials, they don’t give you the quality, or environmentally friendly markings, that you get with laser marking, etching and engraving.

Why Does Your Business Need Laser Marking, Laser Etching and Laser Engraving?
Whether you work in the automotive and aerospace industries or the medical device industry and working from a desk, you understand the importance of part identification. For each division of manufacturing, there are laws and regulations put in place regarding identification to reduce error and ensure part safety.

What Are the Laws?

In the medical device industry, the Food and Drug Administration released a final rule in 2013 requiring all manufacturers to include a unique device identifier (UDI) on device labels and packages, except where the rule provides for an exception or alternative; but as of September 2018, the FDA ruled that there must be visible dates on the labels of all devices, regardless if they are excepted from the 2013 rule. A UDI is a unique numeric or alphanumeric code that consists of two parts: a device identifier (DI) and a production identifier (PI).

The DI is a fixed portion that identifies the labeler and the version or model of the device, while the PI is used to identify several things, including the serial number, expiration date and the distinct identification code required for a human cell, tissue, or cellular and tissue-based product (HCT/P) regulated as a device.

The notion of part traceability is similar to that utilized by automotive and aerospace part manufacturers.

In the aerospace industry, engines, propellers and other replacement and modification parts are required to include certain registration and identification marking. The Federal Aviation Administration (FAA) determines which information is appropriate to include, such as the builder’s name, model designation and certification – if any – among other things. These markings are required to be on a fireproof dataplate or a similarly approved fireproof method.

Why is Part Traceability Important?
Regulations for the medical device industry and the aerospace industry, as well as those in place for the automotive industry, are designed to help increase safety for all types of parts.

For example, automotive companies utilize part traceability to increase safety and reliability in their vehicles. If a component fails, the manufacturer can quickly and easily determine when and where the part was produced, allowing for critical recalls and warranty decisions to be made sooner.