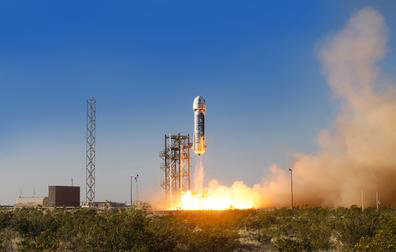 In 2017, while learning about the solar system and space-travel, a class of second-graders in West Lafayette, Indiana asked their teacher: “Could fireflies light up in space?” Unsure of the answer, the teacher contacted Dr. Steven Collicott, a professor of aeronautics and astronautics at Purdue University, for help. Dr. Collicott had a suggestion to help her students learn the answer to their question: “Let’s not guess, let’s build an experiment and test it!”

The second grade class worked with students at the Aeronautics and Astronautics program of Purdue University to design a small metal box to perform their experiment that could fit in a commercial zero-gravity spacecraft. This box would contain two syringes full of the chemicals that fireflies use to light up, a switch that would combine the chemicals at the right moment, and a HD camera to capture the experiment as it happens.

Prestige Metals was contacted to manufacture the sheet metal components of the box. The box would then be assembled by the second-graders with help from the Purdue students.

After successful fundraising by the two classes, the box, now called the “Launchbox,” was ready for its voyage. Aerospace company Blue Origin has a program for suborbital payloads, where curious minds who want to perform experiments with zero-gravity can reserve space for their payload aboard the New Shepherd rocket.

In December 2017, the rocket launched, carrying with it the experiment designed by the students. It turns out the firefly chemicals reacted positively while in zero-gravity, showing fireflies can light up in space!

Inspired by this teaching moment with the second grade class, Dr. Collicott realized this could be a great opportunity for classrooms everywhere! Thus, Purdue’s School of Aeronautics and Astronautics introduced a program where likeminded classes around the country can opt to receive the materials to create their own Launchbox, complete with sheet metal provided by Prestige Metals, and the necessary files to 3D-print the plastic endcaps of the box. Dr. Collicott believes by removing the step of designing and building a box that is the right size, teachers and students can focus on the experiments they are eager to perform.