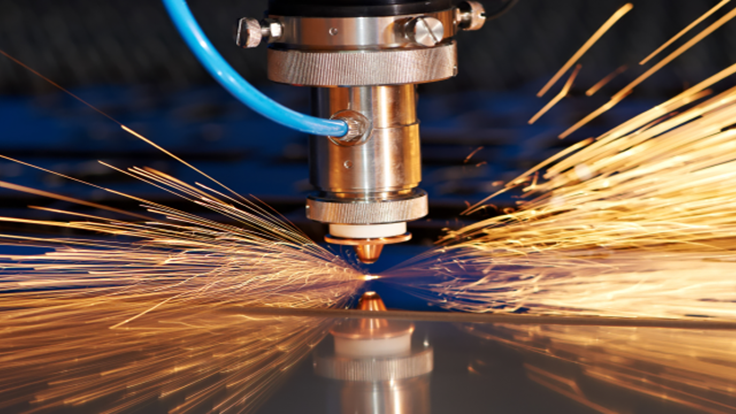 Analysts forecast the global laser cutting machine market to grow at a CAGR of close to 9% from 2016-2020.

Technavio heavy industry analysts highlight the following three factors that are contributing to the growth of the global laser cutting machine market:

Companies are increasingly resorting to automation as a way of meeting the anticipated quality standards that have been necessitated due to globalization.

Investments in the global process automation market are increasing and projected to touch $120 billion by 2019, a growth rate of more than 6%. The growth is specifically related to sectors such as technology, software, hardware, services, and the communication protocol used in automation.

According to Anju Ajaykumar, a lead analyst at Technavio for engineering tools, “Many companies implement process automation to enhance their productivity and increase profit margins. The use of automation in ports is a recent trend in the market. For example, the automation of Rotterdam port has resulted in effective management of the largest port in Europe. Other ports have also adopted automation with the aim of controlling their losses and regulating resources.”

Growing demand from end-user industries
Industrial outputs that had taken a hit in many countries following the global economic recession of 2008 are showing signs of a slow recovery. Industrial sectors in which automation is employed on a full scale such as medical devices, automotive, aerospace and defense, electrical and electronics, industrial machinery, and renewable energy are showing signs of positive growth, which is reflected in the stabilized manufacturing purchasing managers’ indices (PMIs).

Similarly, with the global automotive industry in a better condition now than it was five years ago, this sector is being driven by the rising demand for vehicles in emerging economies such as India, Indonesia, and Brazil. But due to the economic instability in the US and more recently in China, the sector may take some more time to recover its profit margins to pre-crisis levels. It is expected that profit margins will grow by almost 50% by the end of the forecast period.

Increasing need to develop superior-quality products
The manufacturing scenario is different from what it used to be even a decade ago. With advances in technology and innovation, it is possible to produce parts quickly, efficiently, and at lower costs. “One such advanced technology is laser cutting that uses advanced equipment and machines to produce parts at record speeds in industrial manufacturing while simultaneously saving on costs,” says Anju.

Despite the deployment of several high-quality machining centers and other such machines, the use of the right cutting tools for machining components is a prime factor that determines the quality of the products manufactured.

With the use of laser cutting, it is possible to cut a variety of materials including metallic, non-metallic, and synthetic materials of varying thickness. During the process, a laser beam is used to cut the material precisely. Depending on the particular material, lasers can be produced through vaporization, thermal stress cracking, melt and blow, cold cutting, or other methods. It is also possible to manipulate the laser with a multitude of reflective surfaces. Precision is the most important quality offered by the lasers. A laser cut part is more accurate, and has smoother edges. Since there is less operator involvement in laser cutting, the possibilities of human error are also less. Another economic advantage of laser cutting is the less time required for the process compared to conventional cutting.