Companies That Moved North of the Border Happy with Their Decision 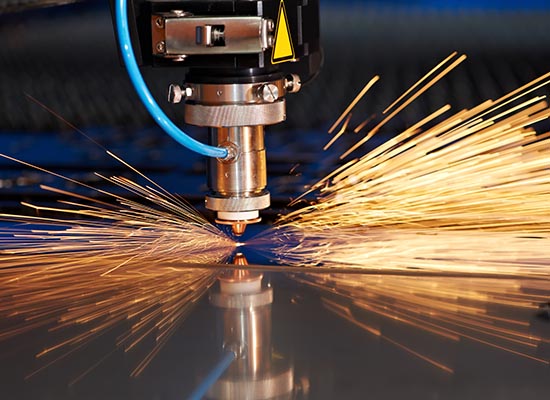 Companies That Moved North of the Border Happy with Their Decision

Prestige Metal Products’ move to Bristol, Wisconsin last year – after 40 years in Antioch, Illinois – felt like home for owner and president John Annessi. Not only did he grow up in Kenosha County, but he also commuted to Antioch from Whitewater, Wisconsin for the past 20 years (he’s since moved to Salem).

With a pressing need for a bigger space, the sheet metal fabricator had put out feelers in both Wisconsin and Illinois. The best opportunity happened to be in Bristol, at an 85,000-square-foot facility four times larger than the one in Antioch.

Not only northern Illinois companies are drawn to southeastern Wisconsin. Seattle-based Amazon.com Inc. opened its Kenosha fulfillment center in 2015. Last summer, Taiwan’s Foxconn Technology Group announced plans to open a massive factory in Mount Pleasant, its first in the U.S.

Even so, many companies in Lake County, Illinois, are moving into Wisconsin, enticed by lower tax rates, tons of open land and the option to have a brand new, state-of-the-art facility (as opposed to upgrading an aging one). Lighting manufacturer Kenall Manufacturing Co. relocated from Gurnee, Illinois, to Kenosha in 2014, building a 354,000-square-foot, temperature-controlled factory.

“The plant is air-conditioned, compared to our former location, where the employees were working in 95-degree-plus temperatures in mid-summer,” said Randy Hernandez, executive vice president of operations.

“Wisconsin was selected as our place for business because of its pro-business local- and state-level environments,” Hernandez said. “Wisconsin educational institutions proactively approached us with labor training, technical and management education programs. They created a huge, mutual win-win for our employees and the company.”

He also pointed to a better tax rate for manufacturers in Wisconsin than in Illinois. A trio of economic development agencies (Kenosha Area Business Alliance, Milwaukee 7 and Wisconsin Economic Development Corp.), he said, were extremely responsive, championing Kenall’s eventual relocation.

“Local governments, at both the city and county levels, worked closely with economic development entities, providing fast tracks to construction services,” Hernandez said. “They worked with us to ensure our needed amenities and business service providers from local municipalities had the capacity to satisfy operations.”

L&M Corrugated Container Corp. had a similar experience with Wisconsin’s government when inquiring about a move. Outgrowing its space, the company desperately needed to upgrade.

“We reached out to both Wisconsin and Illinois, and Wisconsin contacted us very quickly,” said president Steven Lopes, whose grandfather Dick Lopes started the business in Zion, Illinois, in 1979. “I don’t even think Illinois contacted us until we had a purchase agreement on the building.”

“It was kind of a no-brainer (to move into Wisconsin) after that,” Lopes said.

The new plant in Pleasant Prairie (another one is in Platteville) has a new dock, streamlined processes and a new batch of clients.

Growing pains have forced many companies into Wisconsin, including Prestige Metal Products.

“We knew we had to expand,” Annessi said. “We had a lot of longtime and younger employees who wanted to expand and move along with our journey.”

Annessi himself climbed the ranks, starting as a janitor and moving into the role of plant manager. Four years ago, he bought out the owners.

Because several employees already lived in Wisconsin, the move didn’t ruffle any feathers. But the new location does aim to bring in more Wisconsin business while still retaining Illinois clients.

“Being this close to (I-94), transportation is a breeze,” Annessi said.

Whenever a company moves to a new city, there’s a possibility employees won’t opt to move, too. Hiring and training new workers can be expensive.

“We did not lose a single employee in the move,” Lopes said.

In fact, L&M added between 20 and 30 percent more employees.

Read more: Companies that moved north of the border happy with their decision

Prestige Metals has been in the fabrication industry for over 70 years, and we take pride in the products and service that we provide to our customers.