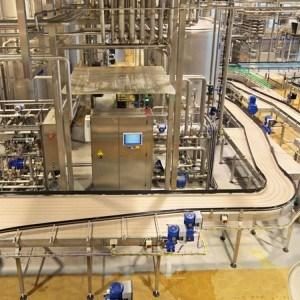 Call them cockeyed optimists if you will, but food industry professionals are riding into 2018 with great expectations, based on findings in Food Processing’s 17th annual Manufacturing Outlook Survey.

Four out of five survey respondents say they either are very optimistic or somewhat optimistic about the prospects for the New Year, the most upbeat attitude in at least five years. At the other extreme, barely 1 percent indicate they are very pessimistic, one-third the ratio of a year ago.

Optimism increases with headcount, with respondents from the largest organizations most confident riding into 2018. Those at companies with 50 or fewer employees were relatively downbeat, although the outlook at firms with 51-100 workers topped all demographic categories.

The protein sector–meat, poultry and seafood–topped all product categories in terms of positive outlook, closely followed by confections and sauces and condiments.

Anticipated increases in plant production help explain survey participants’ expectations. Only 15 percent think throughput will be flat or down somewhat, about half the proportion in the last three years. More expect their facility to rack up double-digit throughput increases than single digits.

Expectations for corporate performance are more mixed, with almost half indicating overall production will be roughly the same. One-third believe their facility’s production boost will come at the expense of other plants in the company’s network.

Slightly more than half believe facility staffing will increase, the highest proportion in at least five years. Only 6.3 percent foresee staff reductions, another recent-history low.

Food safety continues to rank as the top food manufacturing issue, both in terms of overall importance and in the number of food professionals who rank it No 1. Cost control had the second highest average ranking, but worker safety was rated first by a higher proportion, with 17 percent of respondents saying it is the most important issue. More professionals rated automation and capacity expansion as more important than cost control. Almost one-quarter reserve the top spot for food safety.

Food safety failures are costly, both in financial terms and in lost public and customer confidence. Some observers put the average direct cost of a recall at $10 million. Almost one in eight survey participants said their companies experienced a product recall in the past 12 months.